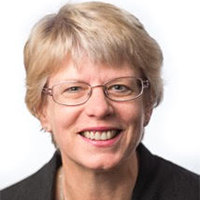 As the Lancet series highlights, there are many medical, cultural, logistical, physiological and psychological reasons why women avoid or stop breastfeeding. ‘These matters are not trivial,’ say the study authors, ‘and many mothers without support turn to a bottle of formula. Multiplied across populations and involving multinational commercial interests, this situation has catastrophic consequences on breastfeeding rates and the health of subsequent generations.’ So what can be done to address these critical issues and better support women around the globe to breastfeed? A new Breastfeeding Special Collection developed by the Cochrane Pregnancy and Childbirth and Cochrane Neonatal Groups aims to provide the evidence needed to underpin and inform answers to this question.

‘Central to this new collection is the idea the we need to better support women, whatever their circumstances and experiences of childbirth and breastfeeding might be,’ explains Cochrane editor and Professor of Midwifery Christine East, who earlier this month published a blog post to accompany the Special Collection. ‘At the same time we need to actively support the development and implementation of effective evidence-informed policy and practice. So to that end, the collection draws together the best available evidence on effective care which can be used by women, decision makers, health professionals, advocacy groups and families. It includes reviews on a wide range of important topics – from support and care for breastfeeding women, including treatment of common breastfeeding problems, to health promotion and an enabling environment, and breastfeeding babies with additional needs. As with all Cochrane Reviews, there are Plain Language Summaries of each review to ensure the evidence is clear and accessible to all kinds of audiences.’

The introduction to the collection provides an informative snapshot of the many contributing factors to the decline in breastfeeding rates, including: the widespread availability and pro-active marketing of affordable breastmilk substitutes; evolving cultural norms that mean women are often not supported to breastfeed in the workplace or public spaces; the fact that many health workers may lack skills in teaching and supporting women to breastfeed; and a widespread public and professional acceptance of the near-equivalence of breastmilk substitutes and breastfeeding, despite evidence to the contrary.

‘In practical terms the evidence we have brought together here recognises the complex factors at play in this important health area, and supports actions and commitments that promote breastfeeding as normal, with the key focus being on the mother and her trained support team,’ Christine says. ‘We want to look further at normalising breastfeeding through research and practice initiatives that include: effective ways of educating and training healthcare staff to enable women to breastfeed and to overcome those challenging early days; ways of enabling babies in neonatal units to receive only breast milk and to be breastfed; and ways of tackling the highly influential marketing of breast milk substitutes. These are significant challenges, but I think in the Australian context, we are heading in the right direction.’

‘Ultimately this Special Collection provides an excellent starting place to act on the call from the Lancet Series on Breastfeeding that ‘genuine and urgent commitment is needed from governments and health authorities to establish a new normal: where every woman can expect to breastfeed, and to receive every support she needs to do so.’’

> Breastfeeding: evidence on effecting support and enablers for mothers and their babies - blog post by Christine East