How much is enough: two new priority review updates on radiotherapy for breast cancer 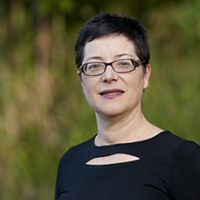 For many women with breast cancer, the use of post-operative radiotherapy will allow them to undergo less extensive surgery. In mid-July, Brisbane-based Radiation Oncologist Brigid Hickey and colleagues from Australia and New Zealand published two review updates that consider critical questions about the size of the doses in which radiation is given. Here, Brigid shares her thoughts on the important findings of both reviews.

‘So who gets breast cancer? Women with families, women with jobs, women with busy lives,’ says Brigid. ‘So from a patient perspective, our latest review updates consider really important questions about access to the most effective and convenient treatments that are the least disruptive to daily life. And from a more clinical perspective, they provide evidence to inform both the best patient outcomes and the most efficient use of our healthcare resources.’

The third update of Fraction size in radiation therapy for breast conservation in early breast cancer looked at nine studies involving 8,228 women. It asked if giving fewer radiation treatments using a higher radiation dose at each visit was as effective as the conventional 25 to 30 radiation treatments. ‘It’s very satisfying to be able to say that we now have high quality evidence for all sorts of outcomes, including local recurrence-free survival, breast appearance, toxicity, overall survival and breast cancer-specific survival. So in practical terms for example this means a patient may come for treatment 21 times instead of 30, and that’s meaningful for them because treatment can be incredibly disruptive. This is particularly the case for women in regional and rural areas, who we know may opt for mastectomy over the difficulties of travelling long distances to receive frequent treatments. We can now reassure patients with this precise data and robust evidence that fewer treatments are just as effective and the cosmetic outcome is just as good.’

‘And on the clinical side, if we can accommodate more people with fewer treatments we see an immediate benefit in terms of reducing waiting times for machines. These findings will also be incorporated into clinical guidelines, as with our earlier reviews that informed both NHS and Australian guidelines. These can be tightened up further now that we have this new evidence. It’s not always the case that we can be so absolute, but in this instance you could say that doing the Summary of Findings table was particularly satisfying as we really do have the evidence we needed.’

The second priority review update wasn’t as conclusive, as Brigid explains. ‘To some degree the jury is still out on Partial breast irradiation for early breast cancer and it’s more of a work in progress. In this case we looked at whether giving radiotherapy (RT) to part of the breast is as good as giving RT to the whole breast. Women with early breast cancer who choose to keep their breast need to have RT as well as surgery to remove the cancer to make sure it does not regrow in the breast. This usually means 25 to 30 visits to the RT department, five times a week. It’s not surprising that the idea of treating someone in five as opposed to 30 or 25 treatments is very appealing to patients and specialists alike. So this approach is already being used quite widely in some parts of the world, but we don’t really feel that the evidence is there yet. Our latest review update found that at the moment partial breast irradiation doesn’t give the same cancer control as treating the whole breast, and it may cause worse side effects. However, there are still four big ongoing studies that we are waiting to see results from. Ideally they will help us come to a more definitive conclusion in the next update of this review.’

For more details about both reviews and the implications of their findings, listen to Brigid discuss them on these Cochrane podcasts: