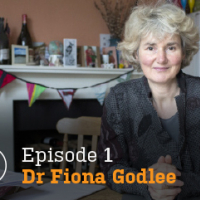 Cochrane Australia's new podcast The Recommended Dose was launched today, featuring a compelling conversation with Dr Fiona Godlee who for 12 years has headed one of the oldest and most respected medical journals in the world, The BMJ. In a wide-ranging interview Dr Godlee says 'industry doesn’t have a legitimate role' in evaluating drugs, beyond initial development stages. 'We shouldn’t have people with such a huge vested interest in the outcome involved so closely as they are. I think we have to accept the fact that the current system is delivering distorted information.'

'In an ideal world - and it's a world we’d like to be moving towards - we wouldn't have this irreducible conflict of interest in research that is effecting people's health,' Dr Godlee told the The Recommended Dose. “People who dream of a better future say, well why couldn't we have a pot into which industry, if they want to market their drugs or license them, put a proportion of their profits and that money would be used to evaluate their drugs in an independent and transparent way.'

Asked if The BMJ was contemplating a new campaign to essentially re-write the relationship between health professions and the pharmaceutical and other industries, Dr Godlee said: 'I think that’s where we are heading.'

In the wide-ranging interview, Dr Godlee talks about moves within The BMJ to become more transparent about its own revenue from industry advertising, initiatives to seek out more independent commentators, the campaign to engage more with patients, and the possible idea of a BMJ for the public. Importantly she also stresses the critical importance of pharmaceuticals within healthcare, and the need for collaboration with industry to help produce new medicines.

Asked about Cochrane, Dr Godlee emphasised the value of Cochrane’s systematic reviews of the evidence about what works and what doesn’t, and praised it for 'changing the culture' within healthcare by pushing for improved transparency and quality in research.

Alongside her professional views, she lets podcast listeners in on what drives and inspires her to achieve so much in her influential role at the helm of one of the most popular and prestigious medical science journals.