Media watch: the latest on vaccination 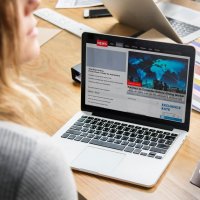 There are few topics in health today that attract as much attention and polarisation of public opinion as vaccination. While the shared position of the World Health Organisation, clinicians and health leaders around the globe has long been that vaccination is a safe, essential and proven public health tool, public sentiment is not universally supportive.

Vocal anti-vaccination proponents, social media echo-chambers and persistent misinformation about vaccination have created very tricky territory for health researchers, advocates and policy makers. Gathering, analysing and presenting evidence on different vaccines - in a world where complex data can be quickly over-simplified and over-amplified by vaccination opponents - has perhaps never been as challenging. Here, we look at the latest media coverage of Cochrane evidence on both the HPV and Influenza vaccines - highlighting both the contribution the reviews make and the questions their findings raise in the national and international media and beyond.

The HPV vaccine: high quality evidence makes headlines around the globe
Last month, a new Cochrane review on the Human Papilloma Virus (HPV) vaccine found high-certainty evidence that HPV vaccines protect against cervical pre-cancer in adolescent girls and young women aged 15 to 26. It summarised findings on potential harms that have been assessed in randomised trials and did not find an increased risk of serious adverse effects. The highly anticipated review findings were covered in media reports around the globe in positive terms and headlines were definitive - from CNN’s HPV vaccines prevent cervical cancer, global review confirms to the BBC’s HPV jab safe and effective, studies find.

But these clear-cut headlines and coverage conveying such certainty are perhaps the exception rather than the rule. The debate around the influenza vaccine in Australia last week illustrates that evidence on other vaccines can be less straightforward to communicate and interpret in public and media forums.

The Influenza vaccine: benefits for healthy adults debated in Australia
At a Gold Coast General Practitioners’ conference presentation earlier this month, Bond University’s Professor of Public Health Chris Del Mar suggested the influenza vaccine had been ‘oversold’ to healthy adults in Australia and argued that hand washing and mask-wearing should be a greater focus of flu prevention campaigns. National media outlets including the Sydney Morning Herald, The Australian, 3AW and news.com.au were quick to pick up on and explore this argument, and Chris obliged with a number of interviews providing careful context for his arguments.

‘I’m not an anti-vaxxer, l want to get that straight first,’ Chris told 3AW Breakfast host Neil Mitchell. ‘I think vaccinations are really important to public health…but not all vaccines are the same and the flu vaccine…only makes a very small difference. The influenza virus is a very tricky customer and very difficult to make a vaccine against. That’s because it changes every year.’

Having set the scene in this way for the lay 3AW listenership, he went on to argue that given this is the case, there shouldn’t be a singular focus on the vaccine. He pointed to evidence that improving hygiene habits like hand washing, and encouraging people with the flu to stay home rather than ‘soldiering on’ at work, were effective preventive measures.

The Sydney Morning Herald sought a response from the President of the Australian Medical Association Dr Tony Bartone on Chris’s comments. He agreed that hand-washing was a critical measure and said that health authorities hadn’t shied away from the fact the influenza vaccine is not as effective as a number of other vaccines. ‘We must not overlook the effectiveness and importance of influenza vaccination as part of a generalised strategy to control the spread of a significant disease that has the potential to kill,’ he added.

Chris also outlined this argument in more detail in an article he co-authored with Peter Collignon, Professor of Infectious Diseases and Microbiology from ANU in The Conversation -  The flu vaccine is being oversold – it’s not that effective. Citing Cochrane reviews on preventing influenza, they conclude that when it comes to healthy adults, although the vaccine is effective in halving laboratory confirmed influenza, the absolute benefit is less impressive because the overall rate of infection in the population is low. They argue for greater focus on hygiene, masks and quarantine measures as ways to reduce infections.

The article sparked a debate among academics and lay readers, who took to the comments thread and social media to seek clarification and raise concerns that the coverage would dilute public health messages and possibly provide ammunition for anti-vaccination groups.

Reponses to/exchanges about The Conversation influenza piece
Allen Cheng, Professor in Infectious Diseases Epidemiology at Monash University, was quick to point to the important distinction between healthy adults and individuals who are at high risk. ‘I would hate to think that the take away message from this piece is that flu vaccine is useless,’ he wrote in a comprehensive post in the comment thread. ‘The national program, which provides free vaccine, aims to protect individuals who are at high risk (chronic illness, pregnant women, Indigenous Australians) from severe disease, and I’d urge readers to have this discussion with their GPs and specialists if they are in these groups.’

A few days later, Allen published a follow up article in The Conversation - Most people don’t benefit from vaccination, but we still need it to prevent infections - making a salient point about the broader public health aims and necessarily collective nature of immunisation programs. ‘A recent article in The Conversation questioned whether we should all get flu vaccinations given 99 people would have to go through vaccination for one case of flu to be prevented,’ he writes. ‘But this position ignores the purpose of immunisation programs: whole populations of people need to take part for just a small number to benefit.’

Pointing to examples from the HPV, meningococcal and the influenza immunisation programs, he concludes that ‘even if it seems as though many people are having to take part to prevent disease in a small proportion, this small proportion may represent hundreds or thousands of cases of disease in the community.’

Allen also sought to contextualise Chris’s comments on the possible rare side effects from flu vaccine, such as febrile convulsions in children and Guillain Barre Syndrome (GBS), saying not that there are no side effects from vaccines, but that the potential side effects of vaccines need to be weighed up against the benefit. ‘For example, GBS is a serious neurological complication of influenza vaccination as well as a number of different infections,’ he writes. ‘But studies have estimated the risk of this complication as being around one per million vaccination doses, which is much smaller than the risk of GBS following influenza infection (roughly one in 60,000 infections). And that’s before taking into account the benefit of preventing other complications of influenza.’

Others contributors to the comment thread on Chris’s original article raised concerns about referring to rare side effects at all, for fear they would be misquoted and used in wider anti-vaccination debates. ‘I have a nasty feeling this piece will be trumpeted by the anti-vaxxers as a good plausible reason not to innoculate their children against anything,’ one reader wrote and to which Chris replied: ‘Yes, I share this concern: just because one vaccine is not effective, it doesn’t mean they all are!’

This response crystallises a key issue, which is that it’s very difficult to have a nuanced debate when the topic in question is often framed or understood in black and white terms. And while community consensus remains an unlikely prospect, one thing is clear: high-quality summaries of Cochrane evidence can play a significant part in shaping the debate and informing decision-making.